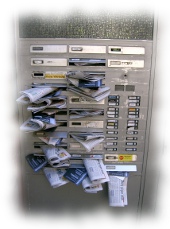 Spam comments are a very frustrating issue for anyone running a site with any type of user interaction built in — blogs, forums, etc. And while we could all deal with a trickle of human created spam once in a while, the robospam is unrelenting.

I just wish the robots were smart enough to see that the comments aren’t getting through to my site and give up. But it seems that they just try to get smarter in the way that they create comments in order to fool a moderator into thinking they’re legit.

Gone are the days of “Cool blog!” or “What theme are you using?” type comments. Last year I encountered comments that quoted back portions of my post or comments from other users. Obviously well written comments 8=) but still spam.

Lately it seems that the fake trackback is the weapon of choice. Who doesn’t love a link in from another site? But the fact is that there isn’t a link (and if there was you’d want to run to Google’s disavow tool as fast as you could). But these are easy to spot and turf.

But the latest improvement in bot world seems to be pretty nefarious. I just received a comment on one of my sites relating to time management and how circadian rhythms affect it. So a comment that talks rather eloquently about Delayed Sleep Phase Disorder (basically, circadian rhythms out of whack) seemed relevant and well written.

However, the site it linked to was in Spanish and had nothing to do with sleep or time management as far as I could tell (my Spanish is pretty weak). But it was an art site. Basically a photographer’s portfolio as far as I could make out.

So I did a search for the text of the comment and found it word for word as the first paragraph of a Wikipedia article.

In other words, the bot is scraping from Wikipedia based on keywords it finds in my post!

So, keep your heads up. Watch for well written, relevant comments that come from a seemingly unrelated site. Look for exact match of the first sentence or two on the internet and see what comes up.

The bots are getting smarter 8=(

What kind of spam comments have you been fooled by (or almost fooled by) lately? 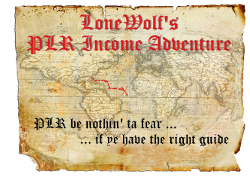 Have you got questions about PLR? Are you wondering if you should use it for your business? This free report will give you the basics...

What is this? In an effort to promote ethical marketing behaviour, IMTrustWorthy.com is a place where marketers sign up and agree to be held to a standard of practice but their peers and customers. Click the shield to get a view of my profile.
↑
Powered by WishList Member - Membership Software